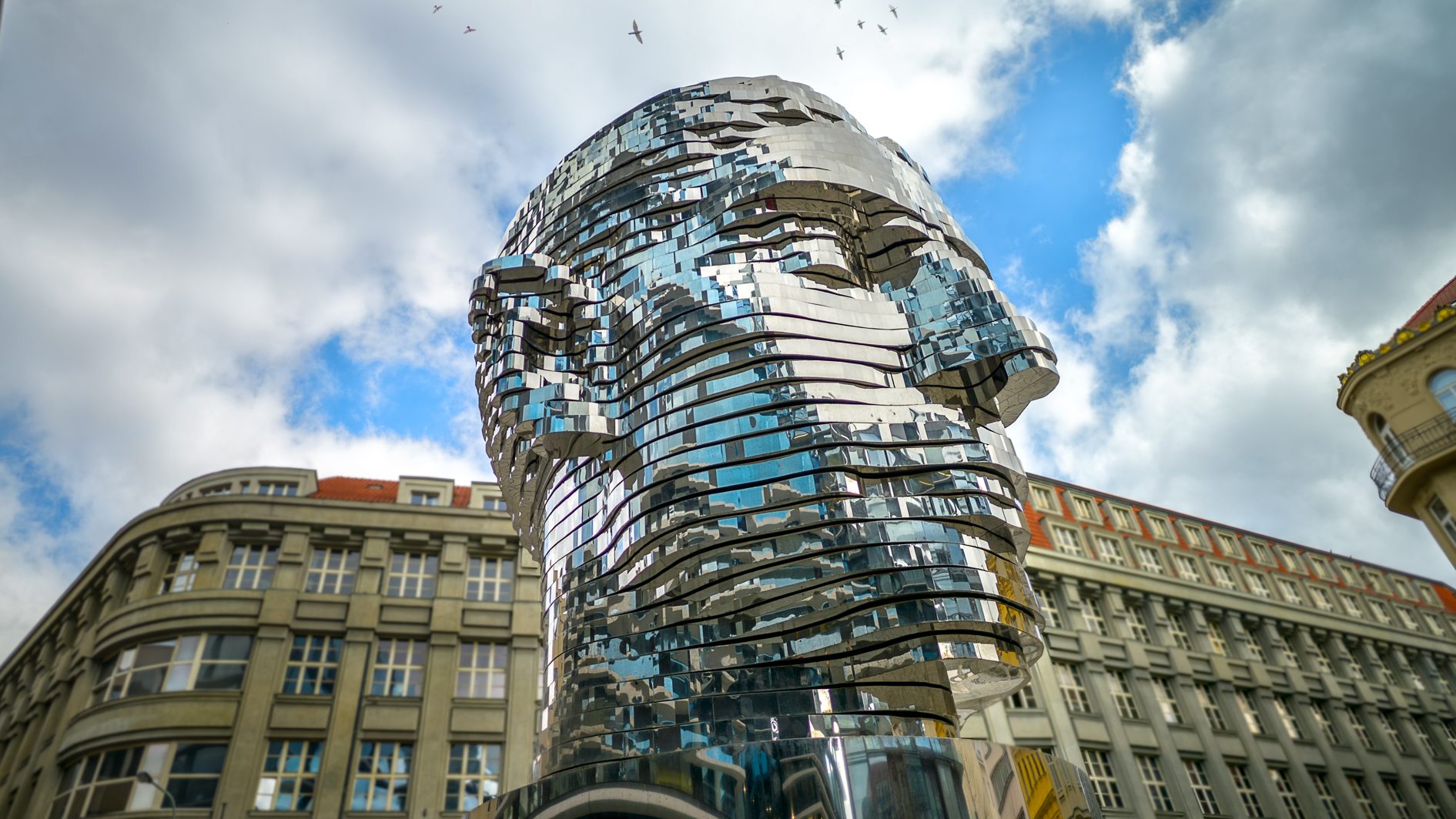 Prague, the city where Kafka was born, lived and collected his bitters weet memories. We know that he knew well about the streets, gardens, churches, and palaces of the city he was born in and the architectural properties of the structures, and he reflected them to his writings.

In my university years, even though I had read small articles, paragraphs and numerous notes about Kafka, the first book I’ve read of him was “Letter to the Father” in his own language, meaning German.  I don’t know how anyone perceives it, but when I say Kafka, three words appear in my mind. The father, the woman and the encircled inner tension. It’s like three of them became turbid with each other and are kneaded in the same bowl. His such tense state is spreading from his soul to his pen, even the whole city, even to those of us who read it. I’ve always wondered if the place where he was born has had its share. The excitement I had for the city of Prague increased day by day. Although I didn’t find much detailed information about the city in his books, I knew that the city had great effects on Kafka and Kafka had in that city, at least I felt it. I had not yet planned to visit Prague during my early student years. I wouldn’t think I’d go for the profession after years.

As an architect and cultural heiress, when I first saw the city I had walked on the cobblestone pavements, I thought it was very similar to Kafka’s mood, perhaps it was because of the heavy soul of the winter, who knows. It is obvious that he has a fragile character from his writings and photographs, naive, resentful as if his soul was completely in the past… Like Prague, he is romantic, too melancholic, calm and still, distant, transcendent but exasperated, perhaps dull… In all the books he wrote, there is this city. They are all part of the history, the complex society which he lived in, family. As I was walking through the city, I felt I was wandering around the city as if I was pressing on the same stones he pressed in that section of history. Sitting in the cafes where he sat, having a snack at the restaurant where he went usually, walking with whistling by the river he vomited his hate, walking on the narrow corridors of the school he went and getting lost in the pages of the Case, To look at and admire the castle, which is the subject of his book, to stand in the square and look around, touch the wooden door which is perhaps the only thing left of the house he lived in, wandering in the corridors of God’s house every week he visited and imagining him praying with his mother and sisters… It was like a two-minded visit for me. I like the trip in time, on the other hand, I also thought of his depressed mode. Even I tried to feel myself as I sat behind his eyes and wandering in his convolutions.

In my opinion, writing is a kind of art that feeds on a kind of deprivation. What aspects of this city made Kafka deprived and unhappy that such intense words accumulate in his memory? In his lines, there was always clues about he wanted to escape. He has tried to complete himself with the unhappiness and unrest in this city, obviously for 41 years. In his every attempt he was like he was striving to find a way out. Those who read your books are probably getting the same feeling. When we close the last page, it is natural that the tense emotions on us increase, our depth has surged and the being in a mood as swallowing the unfinished feeling to our marrow. While we wander around the streets of the city, this is why we often need deep breathing. If you read a little Kafka you discover what is hidden in the city among his words. While writing his books, he breathed in these streets, was unaware he was going to leave a trace, had lunch at Cafe Louvre, then sipped his coffee at Cafe Arco and had an endless conversation with his old friend Max Brod. Wandering around the city with their dreams can even make you drunk. The city of Prague in those years was a city that did not involve Kafka since its earliest years. Maybe his all contradictions were for this. Kafka, a Jew from Prague, was not accepted by the Germans because he was Jewish, and he was not liked by the Czechs because he spoke German. He never felt that he belonged to anywhere in his life. 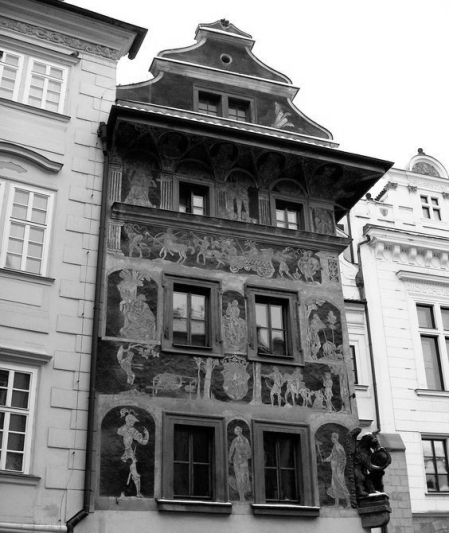 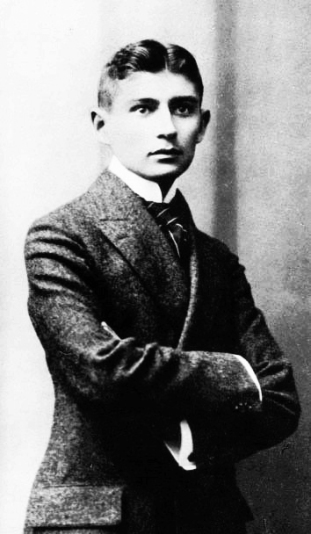 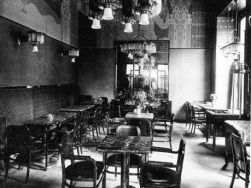 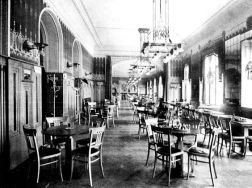 When I think of his life in the big square in the center of Prague, I can see that he was in the middle of a complete clamp. A life with a turn of 360 degrees. A circle that’s shrinking. He can’t go or get involved in it. It is not the beauty and the magic of the city holding him, as if a feeling of idleness laid on Kafka is dominating him. He is not in love with the city, but he is addicted. Everyone reading Kafka knows the Kafkaesque term. Kafka is an artist who creates his own rules and his own world in literature. An intense, short and painful life, who can not see many of his works published, not showing much of the painful passion for Prague in his novels and stories, but makes you feel deeply. Although he explains the characters in detail in his works, there are not many sentences about the city. However, we know that he loved the streets, gardens, churches, and palaces of the city he was born in, he knew the architectural properties of the structures well and reflected them in his writings. Prague, the city in which Kafka was born and lived, and collected all his bittersweet memories.

Kafka says that: “Prague has never put me through the wringer” Today, we see that Prague embraced Kafka tightly and did not release it. All places Kafka has touched in the city have become a trip route for Kafka lovers.  Cafes, Kafka Museum, Kafka statues, Kafka Street, Kafka picture with souvenirs… The existence of Kafka in Prague is felt in the city intensely. Prague Castle, Wenceslas Square, the old town square, Cafe Louvre, Cafe Franz Kafka and Cafe Arco are visited as places to remind Kafka. In the Kafka Museum, items like Kafka’s letters, books, sketches, and notes are displayed. The museum has a rather gloomy environment. It is possible to feel yourself in a Kafka novel while visiting the museum.

*This article was  published in the  January– February issue of Marmara Life.